This is a blogathon created by Let’s Go To The Movies whereby you write about your favourite childhood films.

I’ve done a list of 11, in no particular order, but you can use between 3 and 25 films. A full list of rules is available in her blogathon announcement post. You can also read her list of her top 7 childhood films. 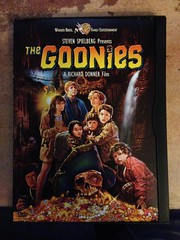 UPDATE 19/7/15 – I know I’ve included Toy Story and A Goofy Movie, but I forgot to mention that almost every Disney and Disney/Pixar film played a massive role in my childhood, and if I mentioned them individually there wouldn’t be enough hours in the day to read through the entire post!

Please share this with your friends so they can enjoy it too!